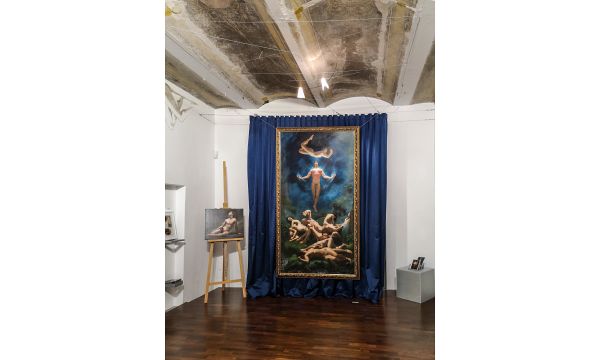 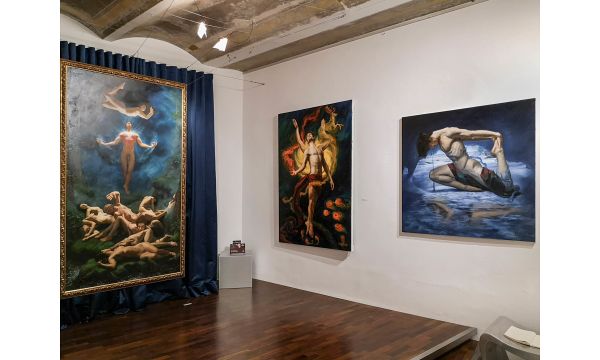 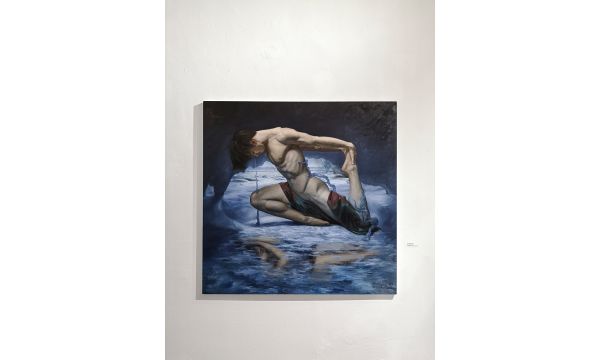 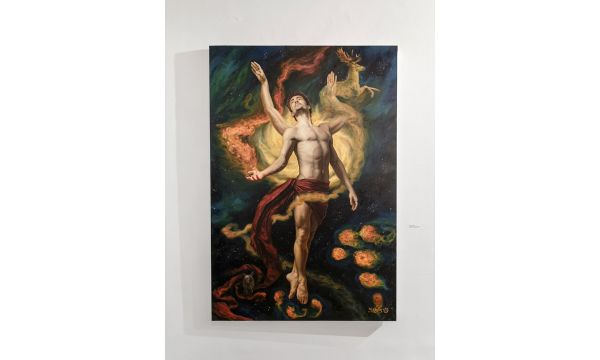 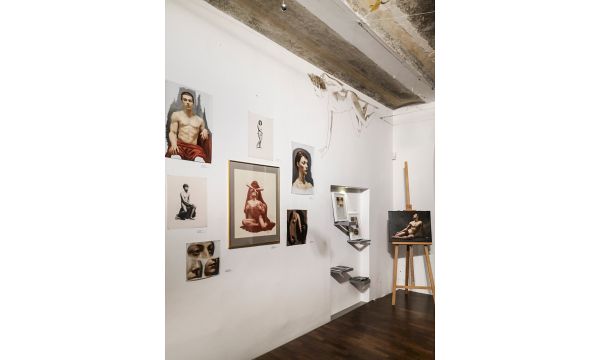 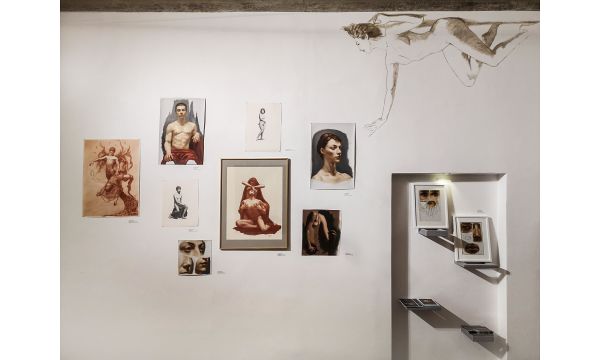 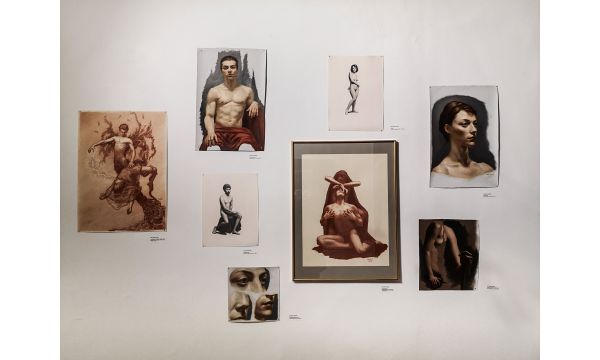 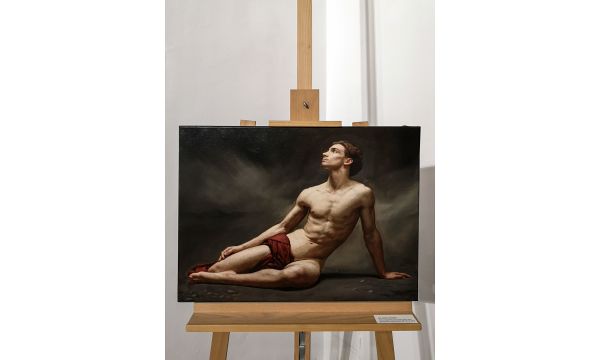 The holder of a master’s degree in painting, Nik Anikis Skušek, who already began his career as a painter in early childhood, expresses his inner world through paintings created in the spirit of neo-Renaissance imaginative realism, which he skilfully enhances with motifs of visionary painting and reflections of the deep battles and striking contrasts in an individual’s intimate depths.
His exhibition Ars Ad Infinitum takes the viewer from the Classical ideals of beauty and the golden ratio via the skilful techniques of the Renaissance artists to the expression of the contemporary generation, which on the one hand is oriented toward critically evaluating current cultural facts and global developments, and on the other hand is characterized by infinite optimism, in which the future offers the fulfilment of individuals and their final liberation.
His latest exhibition displays the path from the beginnings of an image to its final realization in monumental works, which, using a classical technique, introduce modern elements and the artist’s poetics into ancient motifs and timeless symbols. With its realistic depiction, the simple but technically complete male nude in one of the artist’s early works grounds viewers and connects them with the world and the individuum’s deeper truth. By depicting people’s attitudes to the world they live in and interpersonal relationships, displaying the role play between the sexes, and highlighting other topical ideas, the artist leads the viewer to the development of a subject that he gradually raises from the ground, liberates from merely earthly reality, and guides into a fantastic, mystical environment. The evolution ends in the concluding section of the exhibition, where the individual connects with the divine and realizes his or her long-sought-after ideal in the work Božanski stvaritelj (Divine Creator).