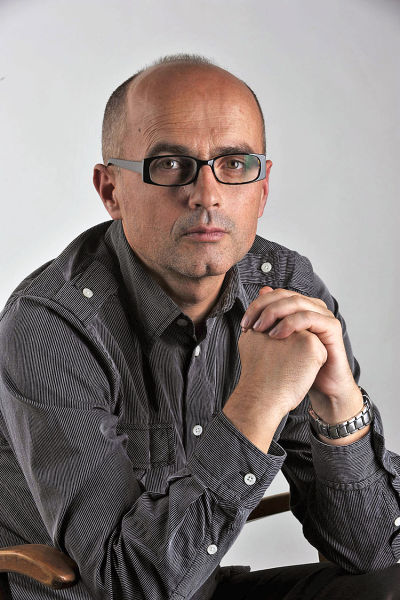 Bogo Zupančič (born 1960) graduated from the University of Ljubljana’s Faculty of Architecture in 1987. During the 1989/1990 academic year, he studied painting in Vladimir Veličković’s studio at the National School of Fine Arts (École nationale supérieure des beaux-arts) in Paris. In 2000, he received his PhD from the University of Ljubljana with a dissertation focusing on (residential) architecture under market conditions. As an architect, Zupančič worked with several other Slovenian architects and after that as a freelance architectural journalist. He has written about urban issues and published articles on Slovenian architecture. He has published nine books and many research, technical, and non-technical articles in both Slovenian and international journals and magazines. He received the Plečnik Award in 2006 for his work in architectural journalism and in 2018 for the group research project “Soseske in ulice” (Neighbourhoods and Streets). He is currently the director of the Ljubljana Museum of Architecture and Design (MAO). He previously worked as a curator, researcher, and collector of national architectural heritage. He has held several solo and group exhibitions. Two of them were also showcased abroad and are thus worth highlighting: Plečnikovi študenti pri Le Corbusieru (Plečnik’s Students at Le Corbusier’s Studio; 2007, 2017) and Smer B – Reforma oblikovanja / The B Course – Reforming Design, 2012).